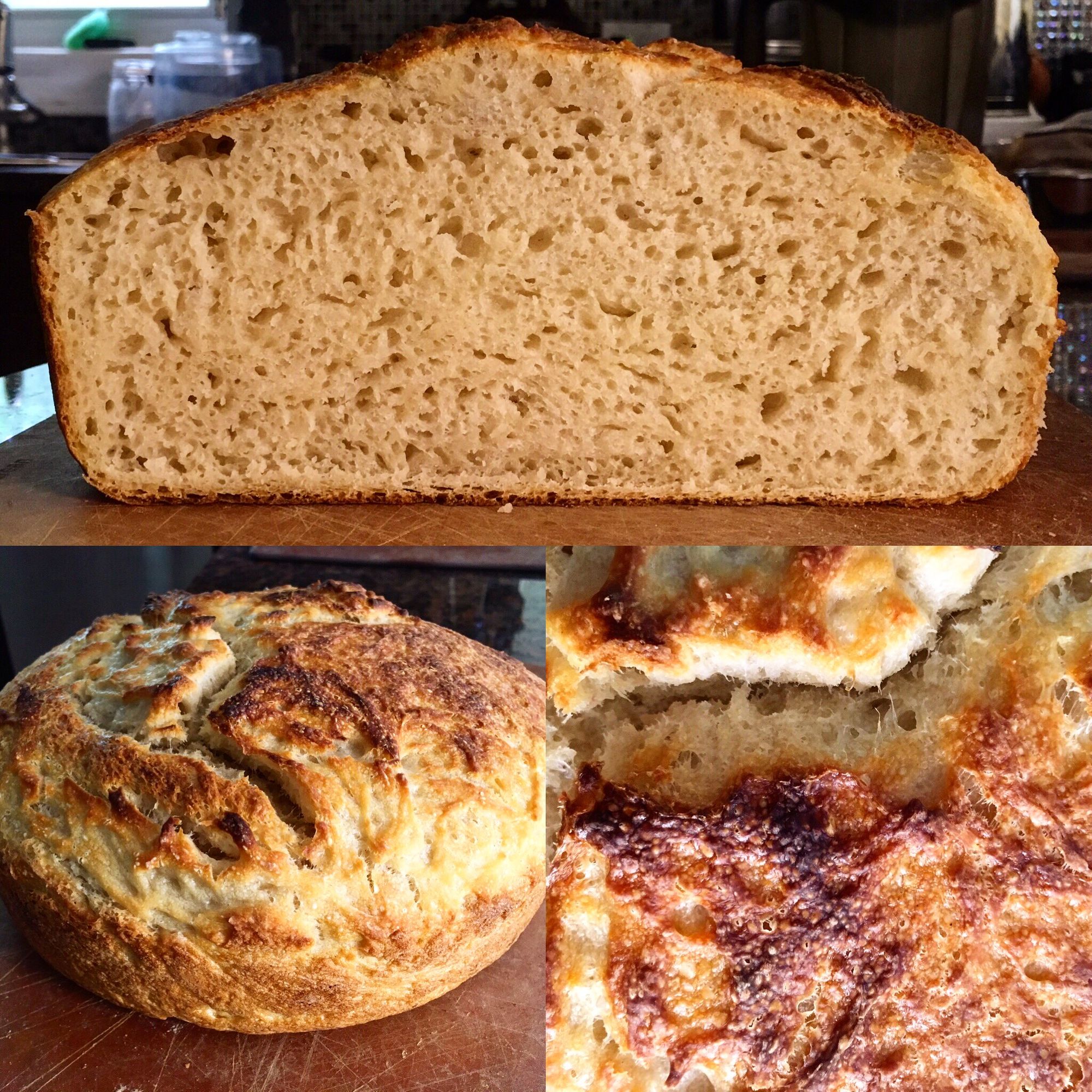 Making your own sourdough starter is back in the limelight and we couldn't be happier. It's an easy way to make your own breads that rival anything found at your local grocer, and for pennies on the dollar. What does it mean to call a bread sourdough? Fundamentally, the word is exactly what it sounds like: sour, or soured, dough.

What most people think of when they're talking about buying and eating sourdough breads is a bread that has had a long time to rise (also known as a ferment, or fermenting), usually with the exclusive aid of something called a sourdough starter. They're usually round, with a brown to dark-brown crust that crackles if you press down on it.

In reality, things are a little more complicated.

There's nothing stopping some companies from faking your sourdough. What that might mean is using chemical souring agents - think: lactic or other acids or vinegars - to get away with a single quick rise instead of slowly letting the flavour develop naturally. You'll often find the same tactic used on lower-end sour creams, and there's a definite flavour difference between the two.

For all intents and purposes, let's ignore the possibility of that kind of bread and when we talk about sourdough, we're going to talk about making and eating bread that is leavened with starter.

So what exactly is a sourdough starter?

Starter just refers to a mix of dough and yeast that you can add to a batch of bread dough to make your bread rise. It's what "starts" your dough.

In order to understand what a starter, or starter culture is, it's important to understand how bread rises. Standard flour is largely starch. Starch, like sugar, is a carbohydrate built from simple sugar molecules. Unlike sugar, starch molecules are huge, made up of sugar after sugar, linked together in big chains called polysaccharides (poly- meaning many, saccharide meaning sugar).

When you introduce yeast to wet flour, you're actually taking millions of living organisms and dropping them right into your bowl. The yeast wakes up and goes around chomping on starches, turning them into smaller sugars and other compounds, and most importantly, producing alcohol and carbon dioxide as a result. It's this carbon dioxide, forming tiny bubbles, that provides the necessary lift to raise your bread dough; the heat of the oven makes them bigger.

In that respect, sourdough starters aren't much different from commercial yeast. When you buy that commercial yeast at the store, however, every jar and package contains the exact same species: Saccharomyces cerevisiae. The particular strain was chosen because it rises bread quickly and predictably, with little to no production of off flavours.

This is where sourdough starters diverge from standard modern breadmaking. After leaving a bowl of flour and water sitting out on the countertop for several days, sourdoughs become a variably complex mix of both yeasts and bacteria (mostly lactobacilli, named for their production of lactic acid). It sounds like a good way to get sick, but with care - and a good sense of smell - it's perfectly safe.

Using these 'wild' microbes for leavening is how bread (and beer) has been made for most of history. You'll collect them from the air and from your hands, but the biggest  source of wild yeast and bacteria will likely be the flour you use to generate and feed the starter.

Generally speaking, what makes a microorganism good or bad tends to hinge on whether it causes illness in people, animals, or important plants. In our starter, good microbes mean a starter that rises bread without making it unpalatably sour or creating flavours that make the bread taste bad. You'll quickly be able to discern the health of your starter by bending over and taking a whiff.

Most healthy starters will smell bready, like fresh yeast, or tangy, similar to yogurt. Some smell like oatmeal. If your well-established starter (new starters have phases of varying odor) develops strong and unpleasant odors, it may be infected with one or more of these spoilage bacteria.

An easy-to-diagnose example - if your starter begins to smell like cheese, and you can't seem to shake it, there's a good chance you've been colonized by a bacterial species that produces butyric acid. The likeliest suspects are Clostridium members; letting your culture grow increasingly sour will usually take care of it.

Microbes change the environment in which they live to make it more suitable for others of their kind. This is a side effect of their lack of motility; if you can't get away from your metabolic waste, you'd better learn to live with it. It's also one reason why starters can happily live at room temperature for years at a time and never suffer from obvious contamination.

As lactobacilli take root and produce lactic acid, the pH level of your starter will drop. Some bacteria and yeasts will also produce compounds that can completely inhibit the growth of others. All of this limits the sort of organisms that can infect your starter, and once populations have stabilized, it's difficult for spoilage organisms to take you by surprise: they first have to out-compete a lot of others!

It sounds like a lot of work. Why bother with a sourdough starter?

It's not nearly as much work as it sounds, but we'll get back to that in a minute. There are a few real benefits to using a sourdough starter that fall outside of the eponymous sour flavour.

Those enzymes aren't just found in yeasts and bread: they're found in humans and other animals, too. One great example is found in your own saliva. Human salivary alpha amylase cuts up starches and other complex carbohydrates into simpler sugars, and is the first step in the digestion process. If you want to experience the effects of this enzyme first hand, take a couple of bites of a saltine cracker and slowly begin to chew. Leave it in your mouth for as long as you can stand it, pushing it around with your tongue. After a couple of minutes, you'll probably realize that it tastes noticeably sweeter than the original cracker.

All right. So how can I get...startered?

Puns aside, it's easy.

Click here to find how to make an easy sourdough starter.