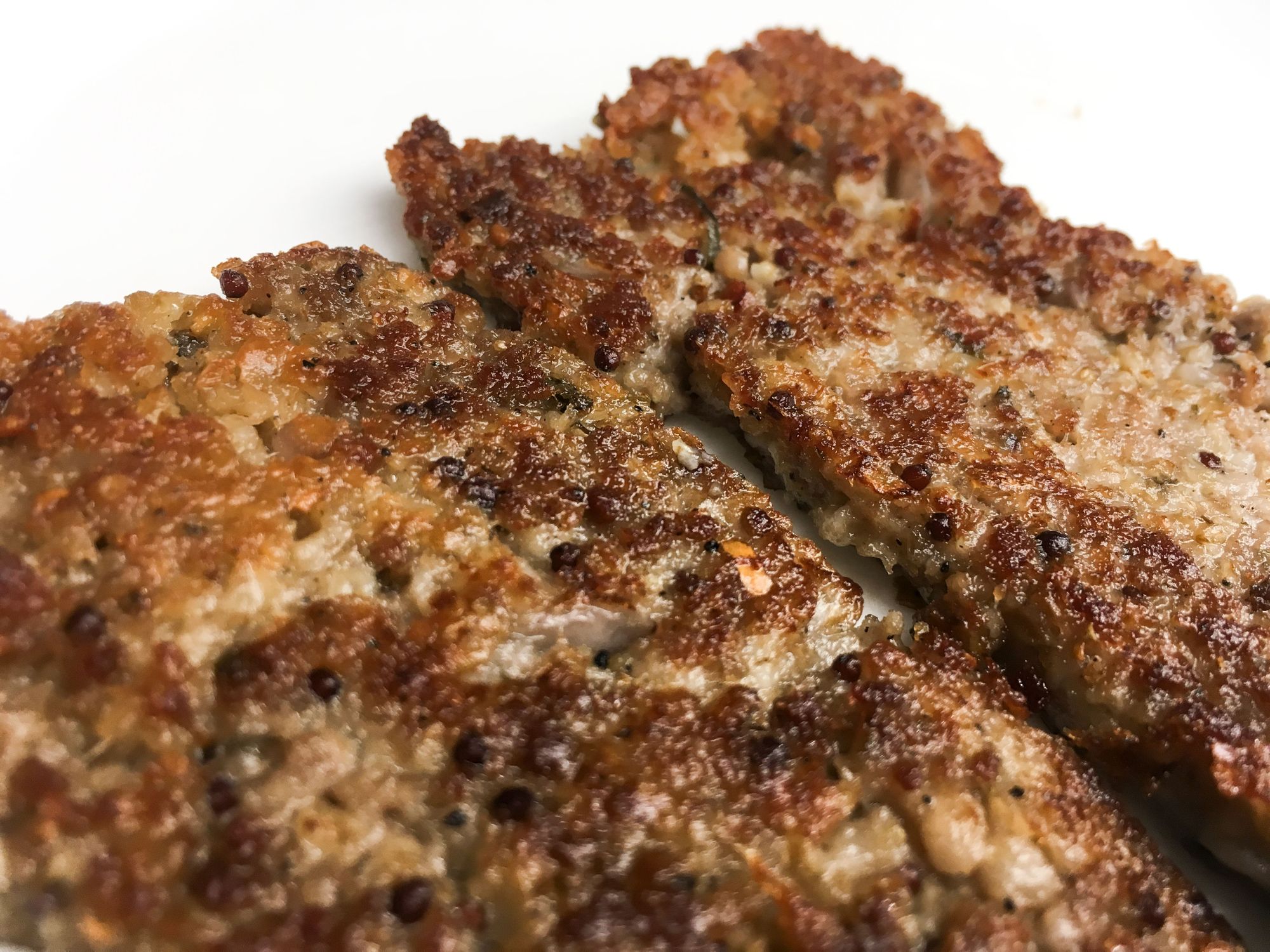 Unless you've spent time within a few hundred miles of Cincinnati, OH, it's probably something you've never seen.

Goetta (pronounced like 'meta', or more accurately, 'medda') is a regional breakfast sausage that exemplified the slow food movement decades ahead of time. A mix of offal, meat, spice, and grain, its roots are found in the cuisine of German immigrants who moved to Cincinnati in the early 1800s.  It's basically American haggis.

It's so popular that it stars in multiple annual festivals, serves as the titular ingredient in goetta pizza, tops hamburgers, and lives on every diner menu in the region. Grocery stores stock it by the pound, and at one point Kroger sold a vegetarian approximation.

If you've ever lived in Pennsylvania, especially near Philly, you might have come across goetta's more well-known sibling: scrapple. Like goetta, scrapple became a way to stretch dwindling meat supplies. Made of pork, scrapple uses cornmeal instead of oats.

It's better than it sounds.

The magic of goetta lies in the fact that it gets cooked twice. The first time, meat, oats, and spices get cooked together into a thick porridge, then pressed into a loaf pan. Once it has cooled and set, the goetta can be popped out of the pan and sliced, then fried in a skillet. Frying browns both sides of the slice, rendering the surfaces nice and crispy, and leaving the interior moist and creamy.

There's no real consensus on what exactly goes into goetta. Many recipes seem to agree that there are roughly equal parts of pork and beef, a generous portion of steel-cut oats, bay leaves, salt, and spices. In this version, there's also chile, garlic, sage, and marjoram, along with a scoop of mustard seeds for texture. As a side benefit, the goetta should be gluten-free.

Older recipes call for grinding up pork hearts and skin along with the rest of the meats. The skins especially can be a great source of fats and collagen, keeping the sausage rich and moist. You can skip either or both, but don't let your mix trend too lean as you'll end up with a crumbly, dry patty.  If you don't have easy access to raw pork skin or hearts, chicken skin and organs will do the job. There's no hard and fast rule; remember, this was a food designed to use up scrap.

Friends make everything better. You'll forget all about the McMuffin when you pair your crispy goetta patties with golden-brown buttermilk biscuits and a runny yolk.